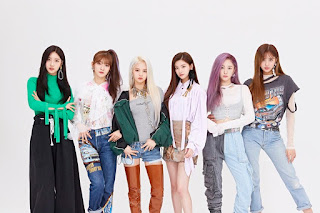 Through the 'EVERGLOW Land' program, the six EVERGLOW members will take on different challenges each episode.

The event will be invited to Woollim's newest girl group Rocket Punch and hold a duet contest between members of the two groups such as singing, dancing, and individual skil fights.

The challenge has the aim so that EVERGLOW members can strengthen their teamwork, while feeling new experiences.

EVERGLOW is a rookie girl group from Yuehua Entertainment who just debuted with 'Bon Bon Chocolat' in March. The reality program 'EVERGLOW Land' itself is planned to be aired on Mnet on August 13th.